I don't know how long ago it was I started making this doll named  Mona Lisa, but she has certainly gone through many changes and become a world traveler too. I guess I had her about a year before finally finishing her and putting up up for sale on ebay. To me, she was beautiful then, and had a pretty blue reproduction civil war fabric dress and bonnet,  fine underclothes too. The very sweet lady who bought her, happened to look at my blog after she bought Mona Lisa and saw another doll that she would rather have, so I agreed to exchange her, as I wanted the lady to be happy with the dolls she got from me, and so she is, very happy and satisfied with her two dolls she bought from me. Well, after Mona Lisa got home, from England where she had traveled to, I began to think about her. There was nothing wrong with her in any way. She left her clothes in England and so came back to me at a starting point. When someone sends a doll back to you ( for what ever reason ) I thought maybe I could make some improvements, and so took her apart, I discarded her legs and arms, re-made her body suit, because I also gave her a face-lift, not really changing her features, but adding some distressing and some ageing. I felt I could at this point make a better pair of hands and I decided to also re-make her booted feet, in a broader foot, stitching the ankles and the soles. Beautiful then, and now, ( to me ) she is almost ready to go back out into the world again. I made her a fine white dress, which is still not quite finished, a chemise slip and pantyloons and of course she has painted boots. the fabric for her outfit is vintage small circle dotted swiss, which I love, but I began to think again ( maybe a antique dress would be just the thing). Earlier last year, I splurged and bought two pieces of yardage of antique Calico fabric.  ( Super Super Expensive ), but super super pretty. The red is just glorious, a deeper red I don't think can be found. The cloth is so saturated with deep red color it is just wonderful. The lady at Antique Textiles said I wouldn't be disappointed and she was right. Even my husband was amazed at how pretty this cloth is. the blue is beautiful too. So, I am considering the antique dress for her. I love this doll and letting her go will be harder for me this time, but I wanted to give her something special. Here she is with the colors to help make the decision, which one of them do you like the best? 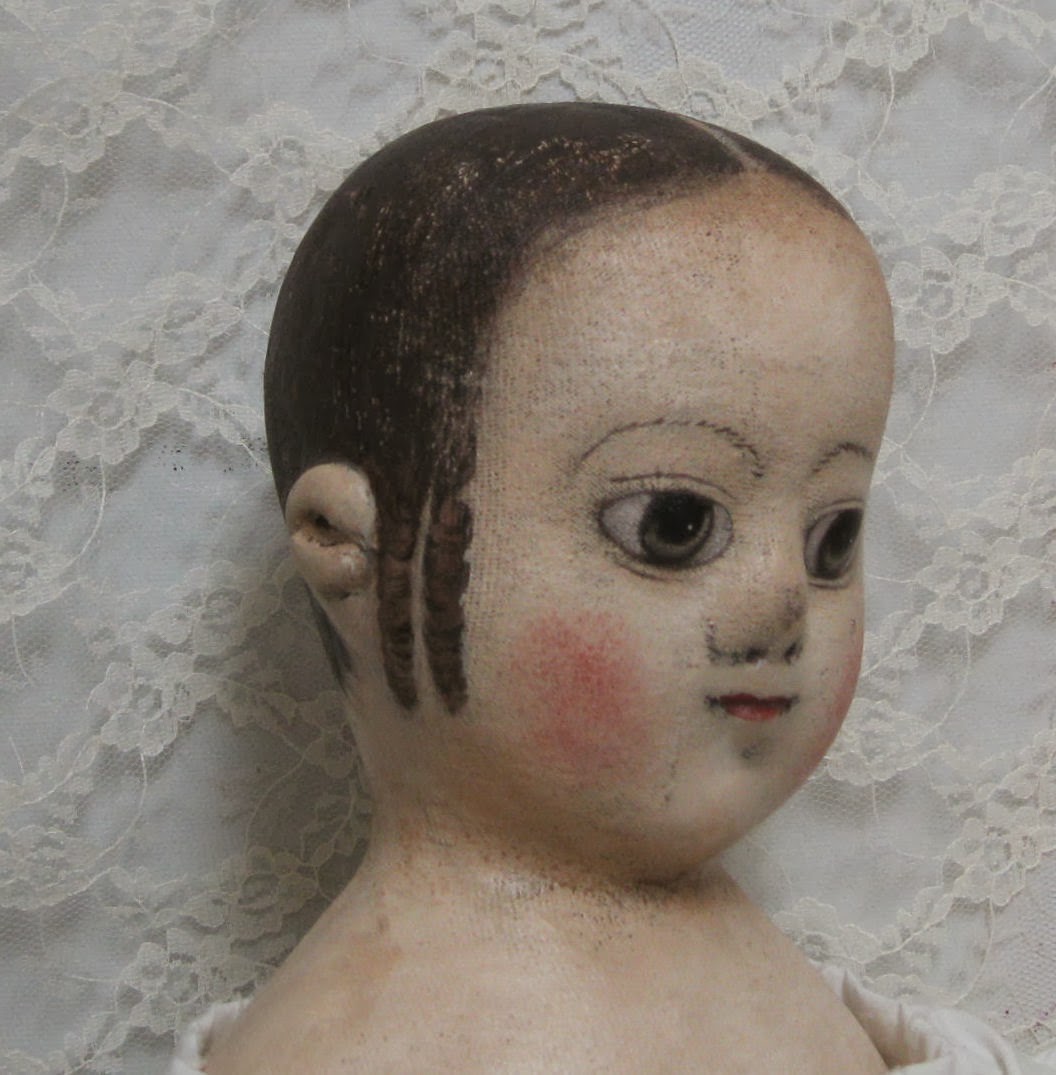 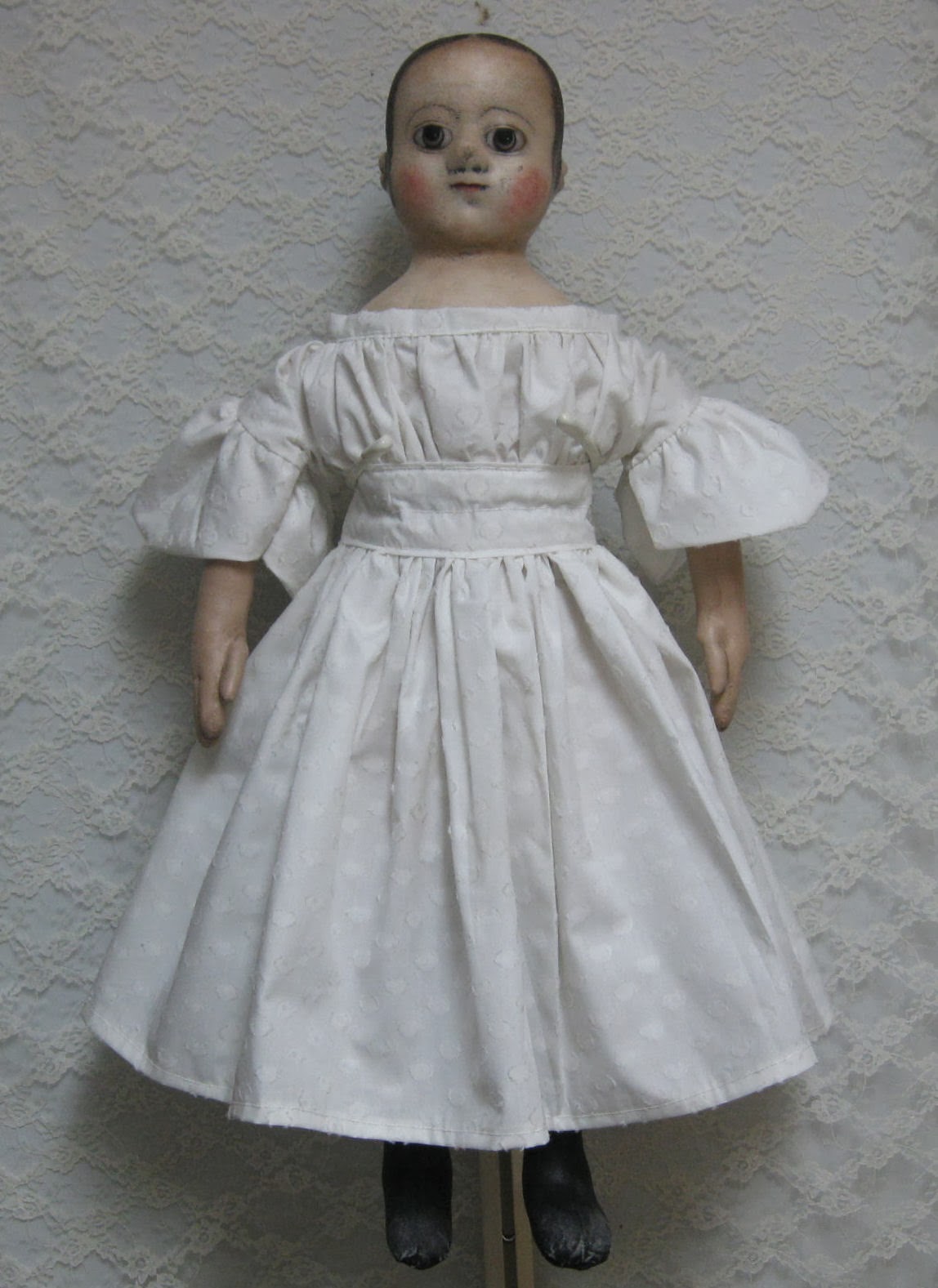 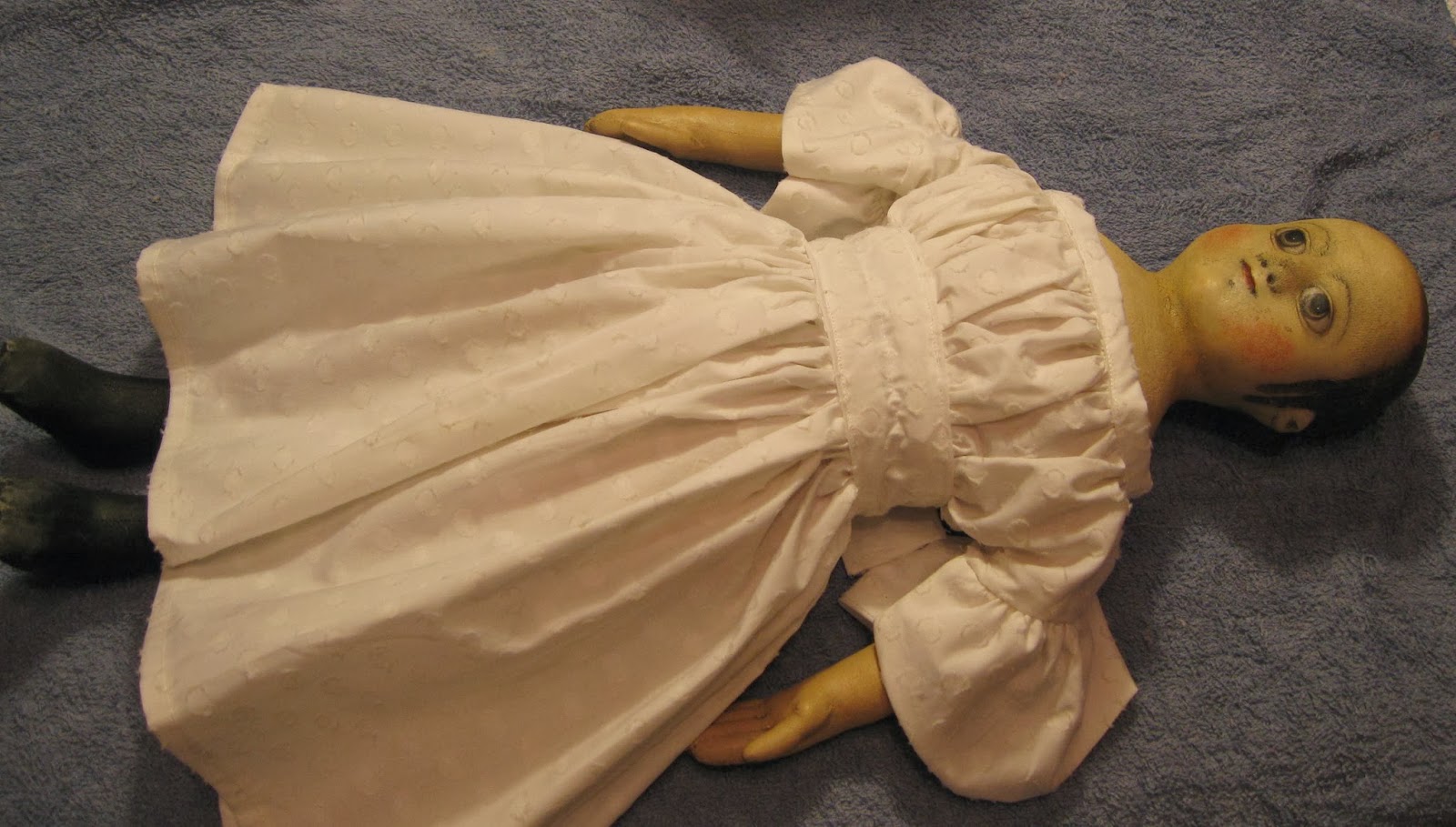 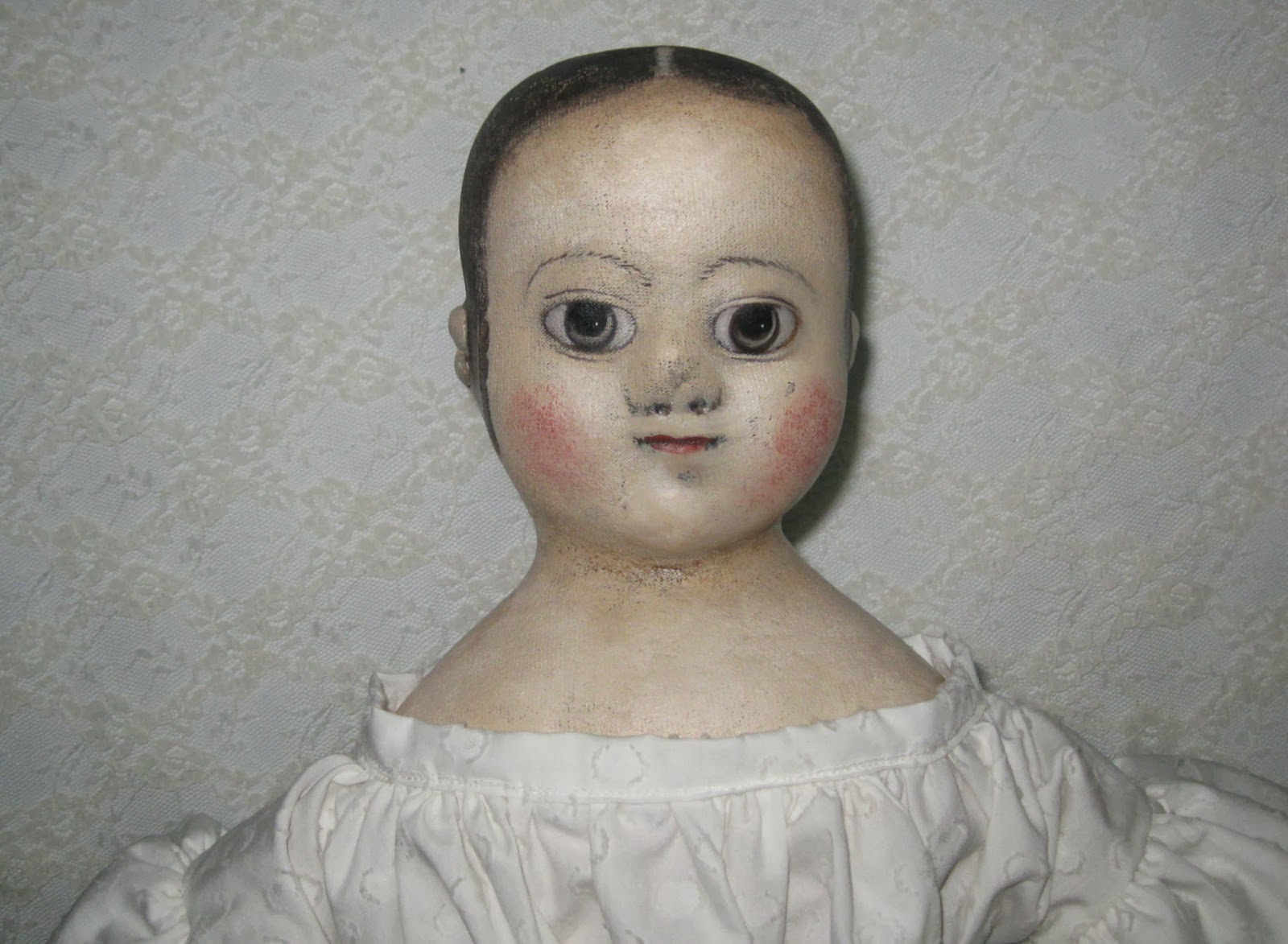 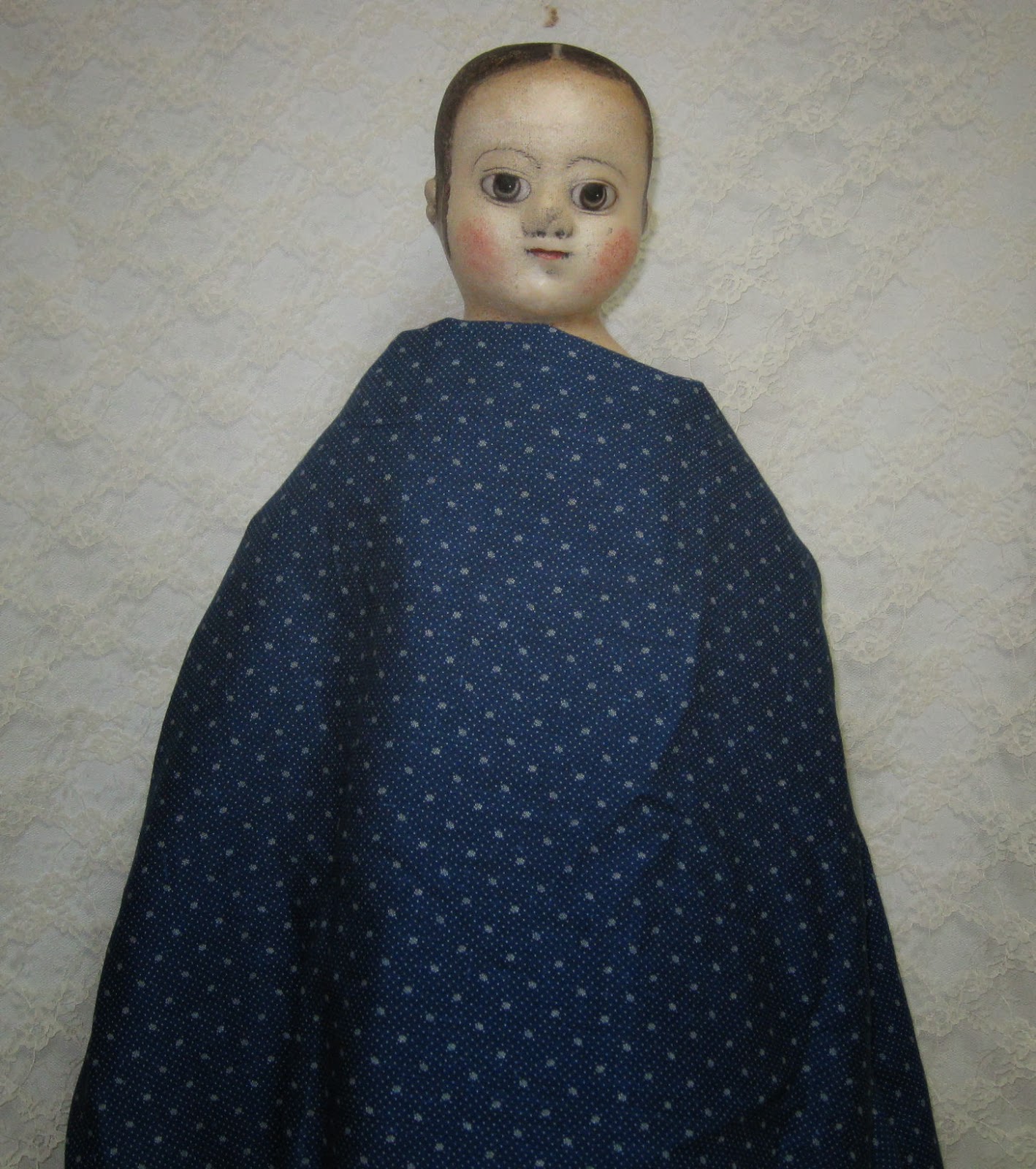 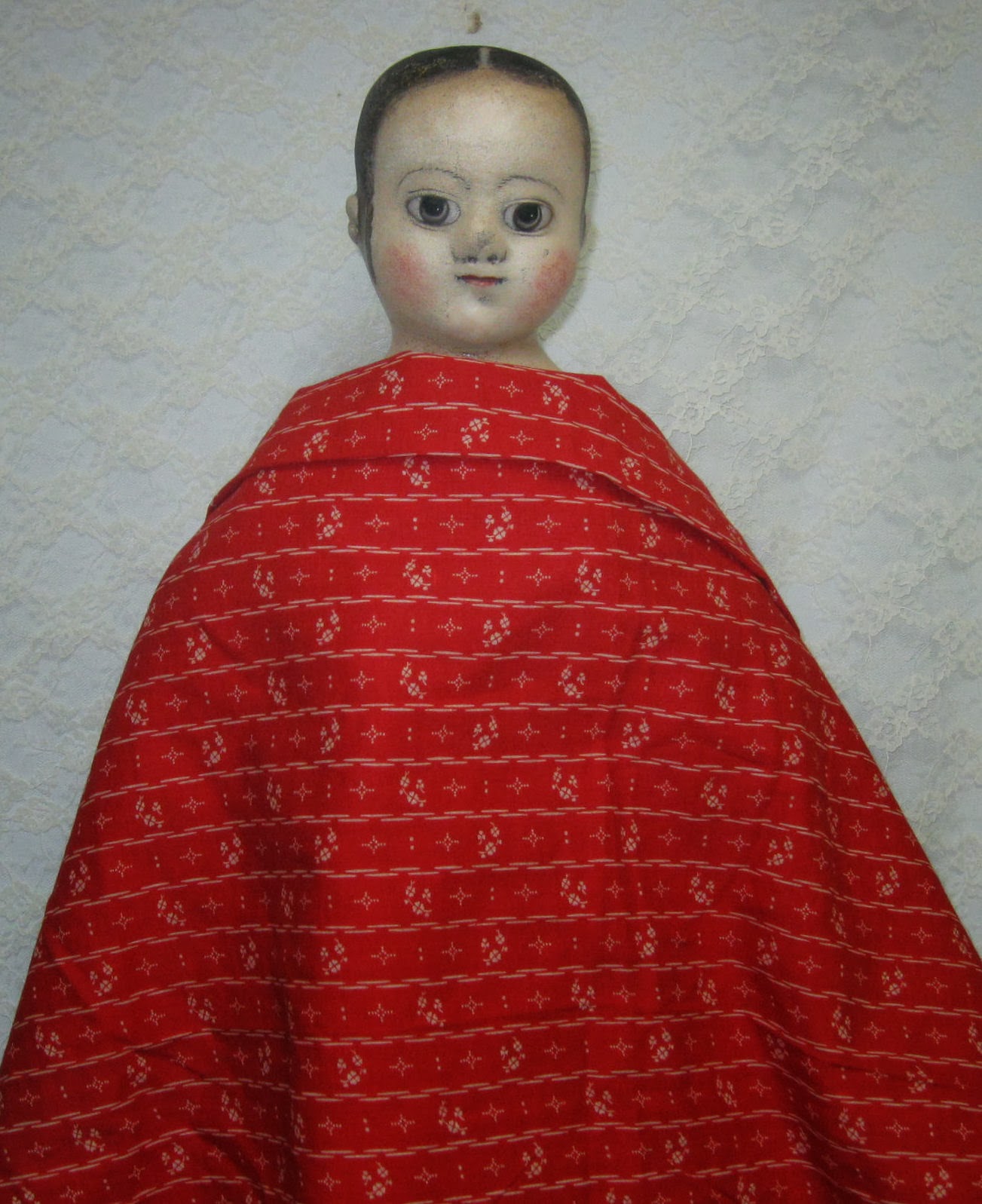 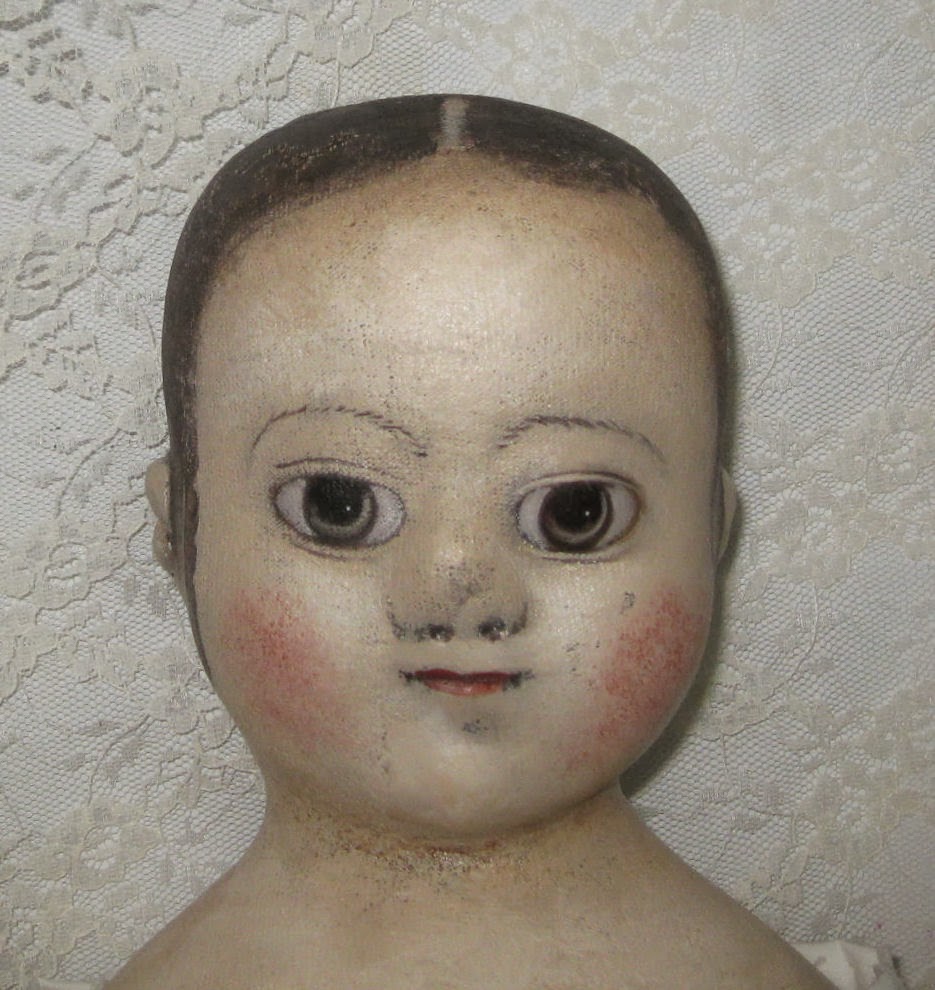 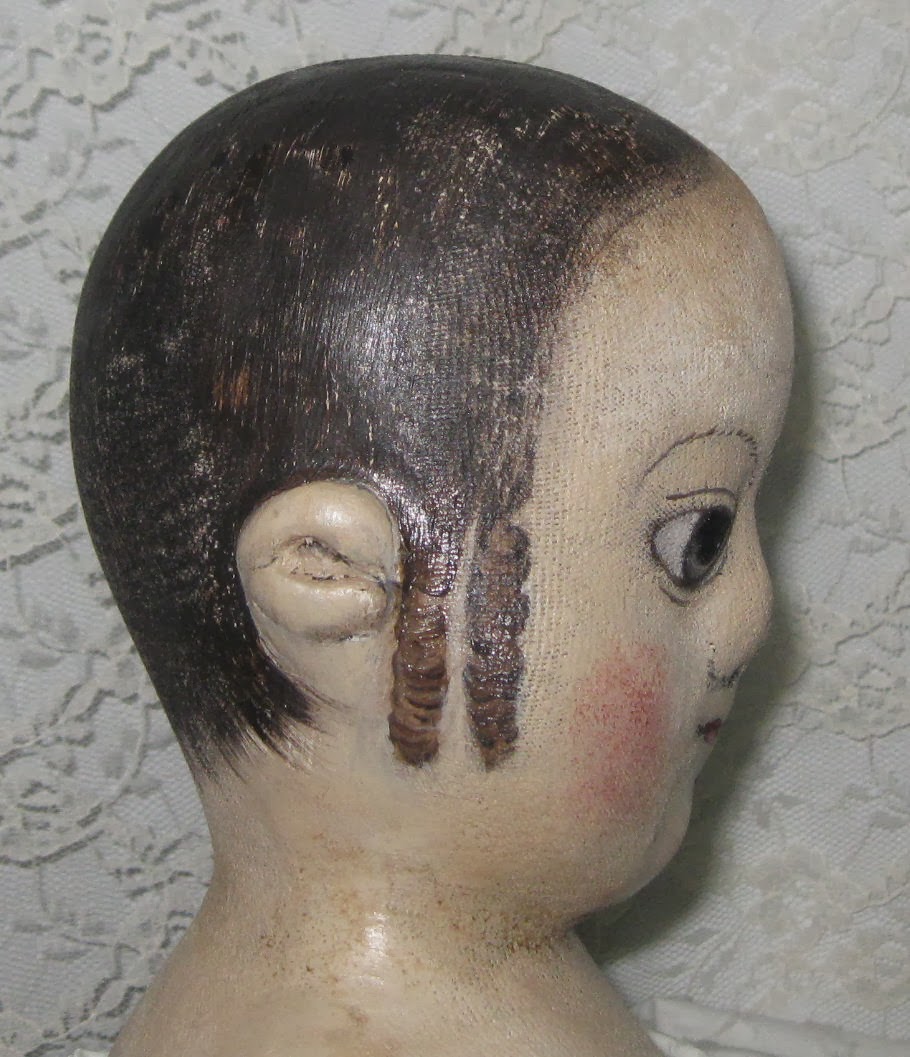