From left to right facing the picture  are Venus and Israel. These are an effort to make some dolls that are like the antique black Izannah Walker doll that was once owned by Richard Wright. These dolls are super rare and I have only seen the one from pictures. If any others are out there, they are certainly not being shown and must be owned by private collectors. My dolls are about 20 inches tall and are pressed cloth head dolls, made in the same way as the antique ones are made by pressing fabric and glue into a mold. They have on their under ware so far as I have not decided about the dress fabric. I had picked out a wonderful blue that was slightly purple, but did not have enough to make two dresses, so I will have to go back and re think the fabric. Israel has a longer face than Venus partly because her head was glued together while Israel's head was sewed together. This caused a lot of tugging and pulling trying to get the thread through the head. She also had a slightly misshapen head too. I like the dolls equally and  am not surprised they are a lot different, only sharing the same core features. I imagine there are more antique Izannah Walker black dolls in existence, I just wish they would make some pictures of them. Mor 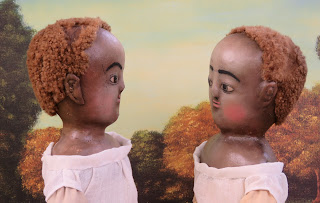 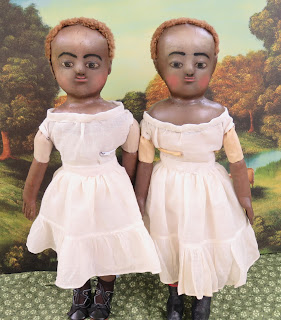 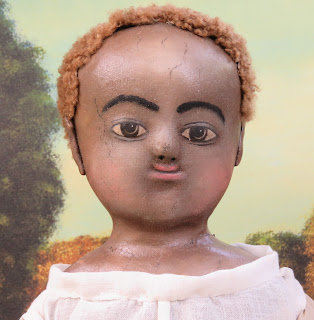 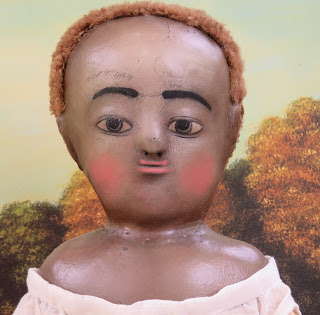 e pictures will be put up when they are all dressed up.
Posted by Martha at 3:48 PM