We are back from the mountains. Last week mama, my brother, my husband and me went to Pigeon Forge, Tenn. It was a good week, but we are having to give it a few days rest to get back to normal, after eating, and walking around the sites all the days we were there. Pigeon Forge is a childs delight, but for older folks it is way to commercial for me. We did go to the Hatfields and Mocoys Christmas Dinner show, which was really cute. Lots of antique shops, but nothing of real interest for me there. I did happen to go to a certain store called I R cheap. I wasn't going to go in, but I saw in the window, a prim doll, and did go in. In there were true prims. I saw a cute Santa and some Civil war soldiers, so cute. I wanted to buy the Santa and the soldiers, but I knew my husband and my mama would have had something to say about it, so I took a few pictures to remind me of their cuteness and waited until I got home and wrote a lady who makes the patterns for those dolls and she put one on her etsy site for me, so now I am happy again and will make a few of these, mainly for myself and my brother in law. I did make lots of pictures of my trip, but the pictures aren't ready to get downloaded just yet, but when they are, I'll put them on. Since getting back home, I have been working on one of the large Izannah dolls to get her finished, no particular reason, except I just wanted to see her all dressed up. I was rewarded to see her decked out in her pretty yellow Civil war reproduction fabric dress and matching bonnet. I still have to do a touch up on her feet, but am proud of how she looks. She has a great big fat chest, plump ears, and is pretty much a chunky doll, nice size to hold though. Out of room again. I did put in a few more in progress, unfinished 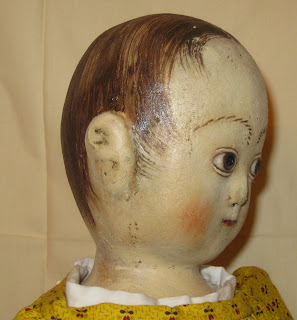 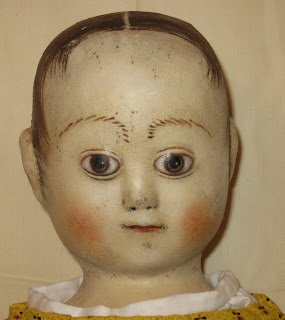 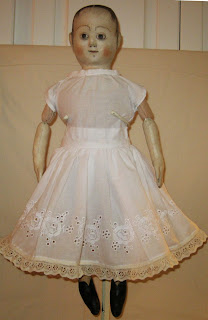 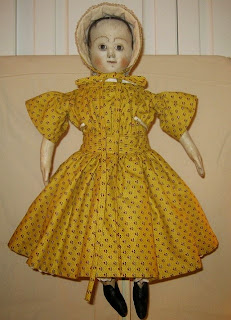 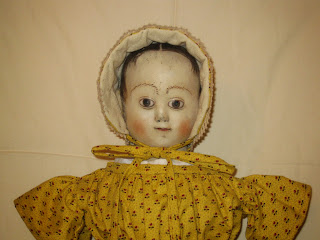 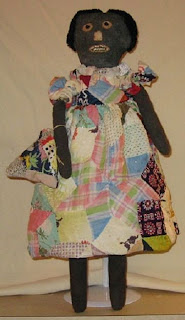 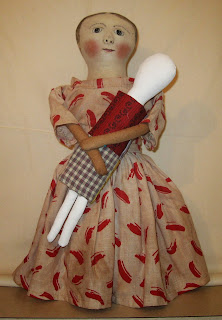 doll pictures.
Posted by Martha at 12:18 PM 4 comments: Links to this post