The Columbian Dolls - another journey in learning

Since I developed an interest in the columbian dolls, I have made 5 of them, only three have made it to completion. If you have never attempted to make one of these dolls, you wouldn't understand the way the head is made by gathering the front section and sewing it to a back piece which is not gathered. A tricky process, because you will see by looking at the two dolls I am showing you, that the head may turn out totally different each time. It depends on how you gather and stuff the head. Everything looks like it is going to be good, and suddenly you see the head is stuffed to fat and short or to thin and tall, or in the case of one of my dolls, with big fat jaws, which to be fair is really cute on her. According to the book I have, later in the Adams sisters doll making, they were making or expected to make up to 1200 dolls a year. They had tested sewing among their friends to see who could sew the best and later the people who could sew the best were hired to help make and dress the dolls for sale. A newspaper article was written when the doll business was flourishing  that said the Adams house was like a paradise to children. It was full of dolls and doll clothes of all sizes. As I mentioned in an earlier post, Emma Adams died suddenly on July 26, 1900 and her father wrote her obituary. Here is one part : With an artist's eye and touch, all combined with a magnetic personality, she was one whom to know enriched ones life. In her heart was always a great love for the little ones and an instinctive appreciation of child nature. I think she began making dolls for the children around her, that led to the doll business. Not much is said about how the business began, so I think it evolved from a hobby into the doll making to help the family. Another little item I will share with you is that I am a great John Wayne fan. I love to watch him in the movies, I bought a collectors magazine about him with great pictures and history. His name is really Marion Morrison, and while he is nicknamed the Duke, this was taken from his childhood dog who was named Duke. This brings me to why I bring him up, I made three Izannah dolls, while not completed, the heads are finished, just waiting for arms and legs on two of them, but one is , to me, beautiful, and I decided to name her Marion, because of John Wayne, because he is one of my favorite stars and I so admire how good he was, how good his character was in the movies, and I like to believe, his character was , in real life. The other two girls are pretty too. Agatha is not really pretty, but she is compelling and makes you search her face more. Making the Columbian dolls is another long adventure into making a great doll. I admire Emma and Marietta Adams, not just for the dolls, but because of their devotion to their parents, who certainly needed help in their old age. I named the third Izannah doll Marietta. 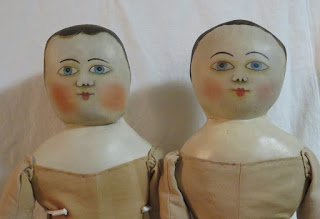 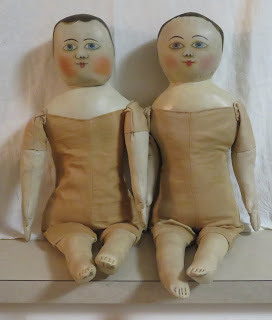 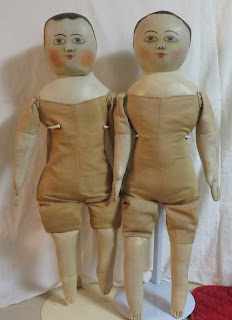 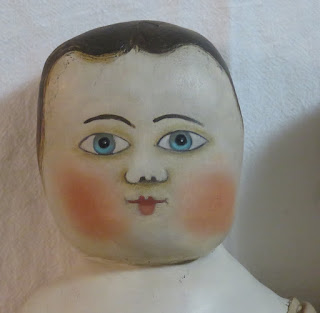 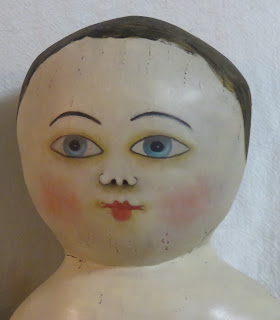 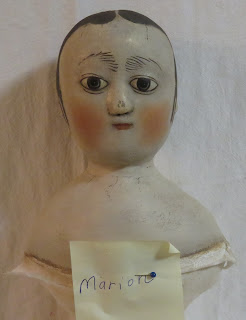 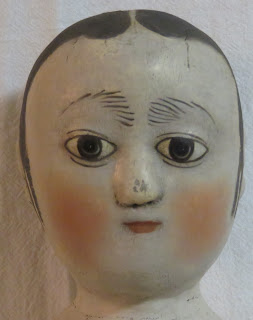 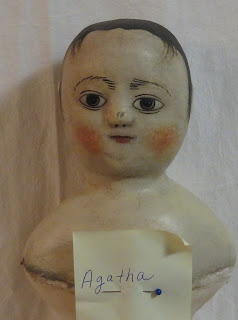 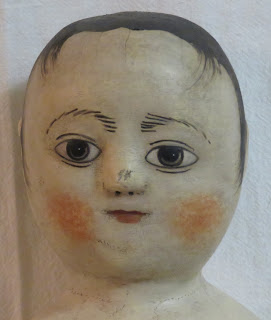 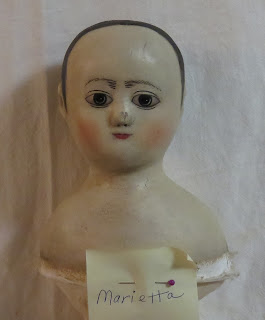 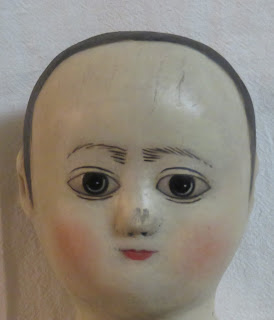